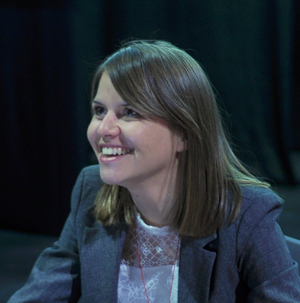 Maps are one of the most powerful ways to understand city. But, mapping is no longer an activity exclusively by experts, it is instead a powerful form of everyday communication. This situation opens an opportunity for (re)reading(and (re)writing)) some of the architectural terri(s)tories. In the context of this research architectural terri(s)tories represent architectural narrative of the city territory transformation, where architectural gesture is observed through post-structuralist analysis of its significance and meaning and considered as a permanent trace of city development, inscription written within its territory.

Having this as a starting premise this research links and analyses: 1) the importance of the architectural gesture in the process of defining and developing the territory of the city, through 2) changing position from the phenomenological (formal, formative) to critical discourse of observing architecture, which examines 3) the potential of the interpretative narrative both of the architecture and the territory. With approach based on semantics and metaphors, the aim of the research is to ‘read’ some of the layers of the city (architectural terri[s]tories), which is considered as a cultural palimpsest, through processes and material layers of its development and transformation.

In order to achieve the continuity of the process of development and transformation of the city territory a digital map as an adequate medium for this and similar research should be considered. Digital map in the era of digitization and fluidity of the 21st century represents an adequate platform for reading some of the architectural terri[s]tories of the city, which in this way becomes bi-directional – in one direction to understand its structure, but also in the direction of establishing a better connection between existing elements and programming of the future transformations.

Natasa Jankovic is an architect, working in the filed of research, practice and education, currently in the position of research and teaching associate of the University of Belgrade – Faculty of Architecture,  where she obtained her PhD (2017) and research fellow of the University of Rijeka – CAS SEE, where she committed her first postdoctoral research (2018).So far, her particular research interests is given to the topic of the relationship between architecture and territory, architecture and nature, as well as city territory transformation. Publishes professional and scientific papers in national and international journals, books and conference proceedings. Participates in national and international exhibitions and architectural and urban competitions

Living in urban environments, she seeks to read some of the terri(s)tories (architectural inscriptions within the territory, written through architecture as a code of city structure)that serves as a document about the past processes of development; but she also wishes to mark the territory: by making an architectural gesture in a natural environment, in order to write some new terri(S)tory.