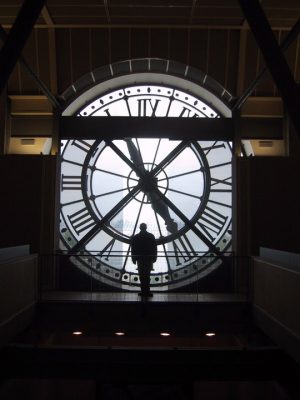 “The Geo(augmented)CulturalSpace: A proposal for a Large-scale, Geopolitical Art”

This paper presents an ongoing project developed by the artist Manthos Santorineos and the scientist Stavroula Zoi. Ιt is a virtual exhibition in which, through the Geo-located Augmented Reality technology, virtual artworks will be exhibited in different areas of the earth related with human actions that convert the earth, transform it into civilization, create the linear history, with conflicts, with victories, with defeats, with progress and destruction.

In order to visit this exhibition, those who are interested, have to download the relevant app from the web site of the exhibition, navigate to the specified GPS coordinates of the points of interest and view the corresponding exhibits through their mobile phones.

The Geo(augmented)CulturalSpace artistic project will be completed when the first colony on the Moon is created. The next level of this exhibition is that it is transferred as a set of images to the Moon. Regarding the technological implementation, it will also evolve based on corresponding technological advances on Geo-located Augmented Reality, accessible through smart devices. The first version of the technological platform supporting the above functionality has been designed and is under implementation by the authors, based on the Unity game engine.

Τhe first experimental test took place in the context of the 2nd Kinono Art Festival, Tinos, Greece in 2017. A number of artists that come from the island of Tinos were asked to create a small artwork and link it to a specific point in the landscape of Tinos. The exhibition was curated by Manthos Santorineos and was transferred to the digital platform. The public was asked to participate through their GPS enabled Android smart phone. 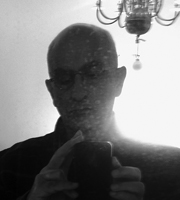 Dr. Manthos Santorineos, since 1984 has been active in promoting art and technology, having established the Department of Art and Technology at the Tounda Centre (1987), the Fournos Center for Digital Culture (1991) and the Mediaterra Festival (1998). Since 2000 he is responsible for the multimedia lab in Athens School of Fine Arts. From 2012 he is also Co-Director of Greek – French Masters Course “Art & Virtual Reality” (ASFA) with Paris-8 University.

His works belong to the fields of video art, interactive installations, net-based projects and VR.

He has been honored  by the French Government as a “Chevalier dans l’ Ordre des Palmes Académiques”. 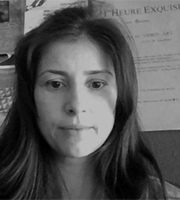 Her work in ASFA (2004-today) concerns uses of digital technologies in artistic education and expression (e.g. complex platforms for hybrid artworks, educational virtual spaces, applications for smart devices, human computer interaction). She has participated, among others, in the organization of international workshops between ASFA and other European Institutions, where original ideas were cultivated and primitive tools were developed regarding collaborative artistic creation in virtual spaces.

During her doctoral studies (1998 – 2003) at the National Technical University of Athens, she worked in research programs in the area of interactive cultural heritage applications, and participated to the organization and implementation of knowledge transfer workshops in Arab countries (Jordan, Egypt, Tunisia).