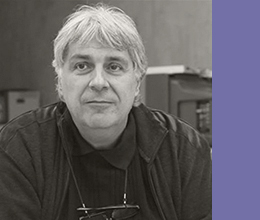 Šuvaković is professor of applied aesthetics & theory of art and media, Faculty for Media and Communications, Belgrade. He is member of Slovenian Society of Aesthetics.  He is former president of the Society for Aesthetics of Architecture and Visual Arts Serbia.

The characteristic of most new philosophical approaches or tactical aesthetic positioning within the architecture and visual arts is guided by a critique of the conditions and circumstances of individual and collective subjectivization achieved within productive and receptive practices of architecture. Various authors choose the term “philosophy” to indicate a deliberate turn from conceptual and semiological to phenomenological, on the other hand, to indicate the complex relationships between objects, situations and events in relation to the dispositives of art and life. In this lecture, I will present an analysis and discussion of the status of contemporary philosophy of architecture in relation to the important relations of architectural practice, artistic practice, political antagonisms and trans-technological impacts. Contemporary trans-technological (digital, post-digital, network and techno-ecological) aspects make the discussion of philosophical and aesthetic knowledge about architecture take place in the field of breaking the stable boundaries between art, architecture and politics. The discussion will point to the philosophical models of the New Materialism, Speculative Realism, Eco-Philosophy, De Re Media Criticism and Neo-Marxism.

Miodrag Šuvaković publishes under the name Miško Šuvaković. He received his PhD from the Faculty of Fine Arts at the University of Art in Belgrade in 1993. He has been professor of applied aesthetics, Faculty of Music in Belgrade (1996-2015). Šuvaković is professor of applied aesthetics & theory of art and media, Faculty for Media and Communications, Belgrade. He is member of Slovenian Society of Aesthetics.  He is former president of the Society for Aesthetics of Architecture and Visual Arts Serbia. He was president of the IAA (International Association for Aesthetics 2019-2022).  He has published or edited 50 books in Serbian, Slovenian, Croatian and English, among them: PAS TOUT– Fragments on art, culture, politics, poetics and art theory 1994-1974 (Buffalo, 1994), 2001; Impossible Histories – Historical Avant-gardes, Neo-avant-gardes, and Post-avant-gardes in Yugoslavia, 1918-1991 (co-editor with Dubravka Đurić, Cambridge MA 2003, 2006), Pojmovnik suvremene umjetnosti [Concepts of Contemporary Art] (Zagreb, Ghent, 2005), Epistemology of Art – Critical design for procedures and platforms of contemporary art education (Belgrade, Wien, Erme, Antwerp, 2008), Clandestine Histories of the OHO Group (Ljubljana, 2009), Neo-Aesthetic Theory. Complexity and Complicity Must Be Defended (Wien, 2017).