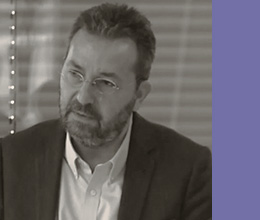 The second half of the twentieth century has seen dramatic changes in the training of architects: the appearance of myriad new concepts and conceptions and a sudden expansion of architectural curricula in schools of architecture. Architects and students of architecture are now expected to write, meticulously explain and justify what they do and are doing, publish academic texts about their activities, analyze the work of other architects, produce complicated and extensive doctoral theses. All this has created in architecture an overt need for theory or philosophy, which can be termed the turn to theory or philosophy in architecture. The task of the philosopher is threefold: to awaken the philosopher in the architect (or perhaps recognize the architect-philosopher), who will then be better capable to thematize their own or joint work with other architects; with other architects, to produce, construct, and deconstruct a system (a register, order, protocol) of concepts that will in the future be authentically architectonic, such as opening the possibility of an eminently architectural language or terminology; finally, to discipline or institutionalize architecture (“to be an architect is to be a social fact”), to assist in the essential project of autonomy of the architect and architecture.

The task of the architect is to always guard the distance, that is, the conjunction AND (&; \cdot; ˄) between architecture and philosophy as the interval of the third or third space that gives birth to novelty. Further, their task is to examine the geometry of connections and relations, which means to bind the two fields, to reprogram the AND, to be the coordinator between the two – to preserve the uncertainty of the coordinating conjunction.