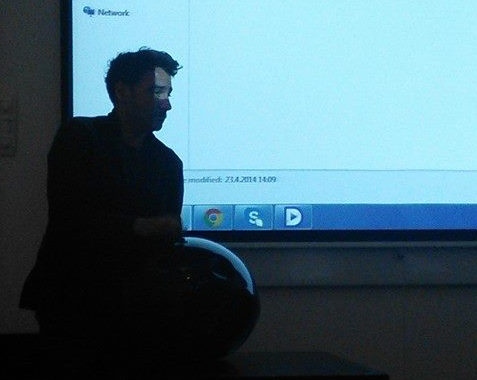 Vladimir Milenković is Associate Professor at the Department of Architecture University of Belgrade Faculty of Architecture (UBFA). An architect and music pedagogue, his field of academic interest includes theory of form, methodology of design and he is also active in practice.

REALITY GREATER THAN REALITY: SHAKESPEARE AT THE END OF ARCHITECTURAL STUDIES

No other form of art has kept so many of its conventions unchanged for centuries as theatre. It has a similar approach towards the act and the event as architecture has towards physical space. This creates strong inclination towards own means: each type of art engages certain number of “tricks” derived from their material conditions, but they are more justified in theatre than in other places. These are not easy rules because they do not correspond the technical conditions of the scene, more precisely its advantages and shortages. The play itself marks to which extent the theatre abandons truthfulness of the situation in respect of the nature. In other words, the line between what is acceptable and what interrupts the Dream, is less abrupt and is more emphasised than it is common in art. As stated by Arnold Hauser, it is exceptional that no one is bothered by the fact that the actors drink from empty glasses or they fight using tin swords, while people have strong objections in case a shot is heard a split second too early or too soon, or in case an element of the scenery, regardless how naively it is painted, accidentally starts to shake. (Hauser 2016) Thus, it is impossible to accept differential movement as any type of reality in case it is not in harmony with the plot. The fact is that the drama develops in its own principal, idealized existence, but the scene partially instrumentalises the elements of our direct experience, live actors, existing characteristics, real space and time. Maybe the fictions that differentiate the work on scene from the world observing that scene are so numerous and provisional precisely because our reality of the scene is so obviously tangible and raw. Whatever the case may be, in respect of drama, the series of fictions, which are extremely sustainable and persistent, is longer than in any other form of art.

With open-air theatre as the assignment of the Master thesis, and particularly by naming it after Shakespeare’s title A Midsummer Night’s Dream, we initially subjected the architecture to the laws of changed conditions of an unusual discursive reality. However, the consent carries a great relief since the world that we design does not to be the one that exists outside of the reality designed for it. Such a concept equally affects both the architecture and the nature the concept of the architecture refers to, and methodological capacity of such formulation creates an authentic basis for contemporary interpretation of  interactivity of still classical (ancient- Renaissance) understanding of the vision of the Theatre.

Doth glance from heaven to earth, from earth to heaven;

And as imagination bodies forth

The forms of things unknown, the poet’s pen

Turns them to shapes and gives to airy nothing

A local habitation and a name.”

A famous architect (Koolhaas,1997) would say that the first word is the same as the last.