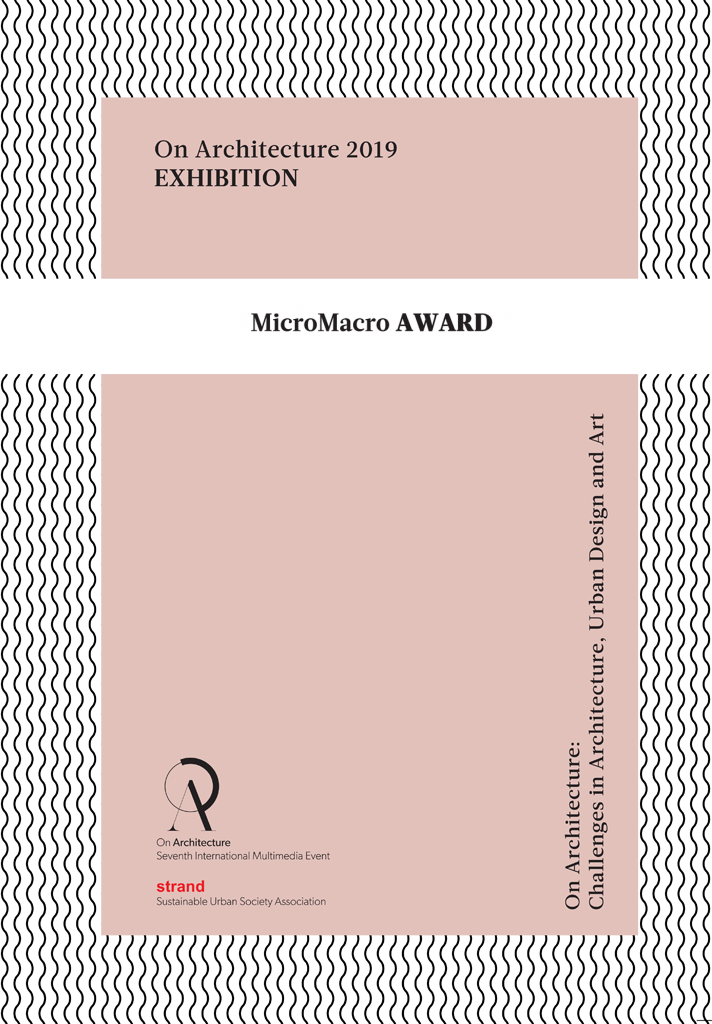 Serbian Academy of Sciences and Arts, Gallery of Science and Technology

It is with great pleasure that we announce the Jury Evaluation Results.

APPLICATION OF ANDREI TARKOVSKY’S DIRECTING PRINCIPLES IN
ARCHITECTURAL DESIGN, IN THE SPATIAL CONTEXT OF AVALA FILM
by Aleksandra Perić
Category: Architecture and/ or Art – inspiration for creating 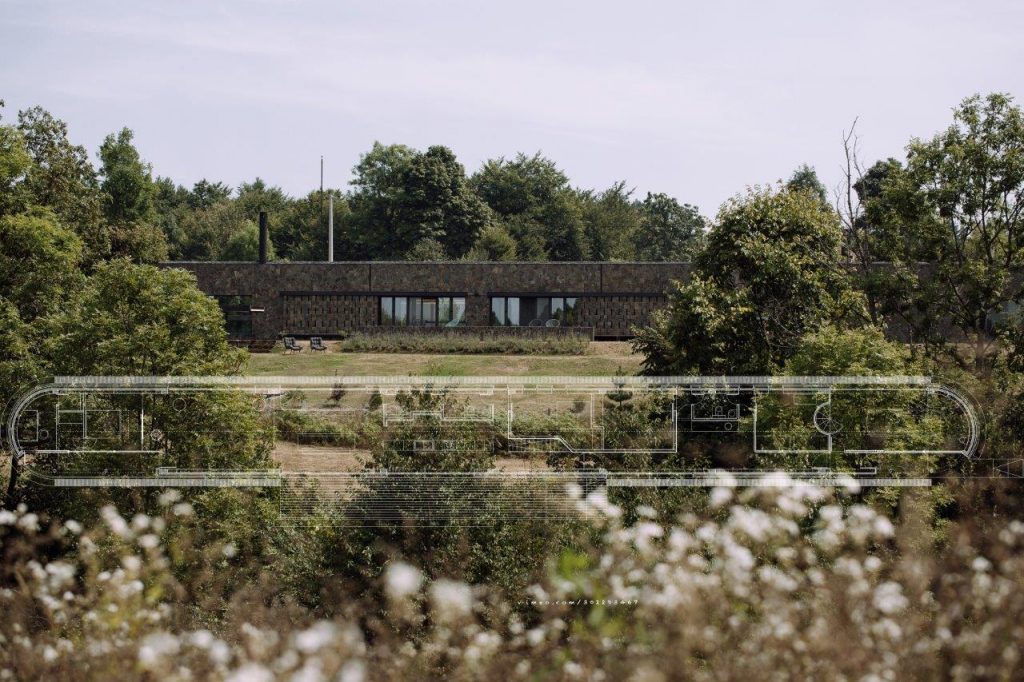 Building can be interpreted as our own reflections of what we ourselves want to load into them. There are rare occasions for authors to elicit their direct sentiment of the building as intensely as Neoarhitekti have done with the video presentation of Vila Pavlović on mountain Zlatibor. Nostalgia and melancholy. Serenity and mimicry. The building has become a longitudinal semblance. The darkness of the inner space is just a form of escapism from the vastness of the exterior, becoming something like catacomb. The authors have allowed the rustic exterior materialization (stone) to tell the story of locale and its micro-shadows to add to the need for the building to be touched. They were not ashamed to use darkness as a tool for shaping space, and they introduced light as a clue to the exterior.
But the context, the immediate environment of hyperturist settlement such as Zlatibor is a reality we assume architects had in mind when designing the building. The biggest challenge of this facility is exactly how to achieve poeticism, seclusion and isolation, how to stay in touch with very specific nature of this mountain. This was accomplished by micro-urban element, by retaining wall that has provided a visual fence against what happened, is happening or will happen in the future with an environment that cannot be controlled. 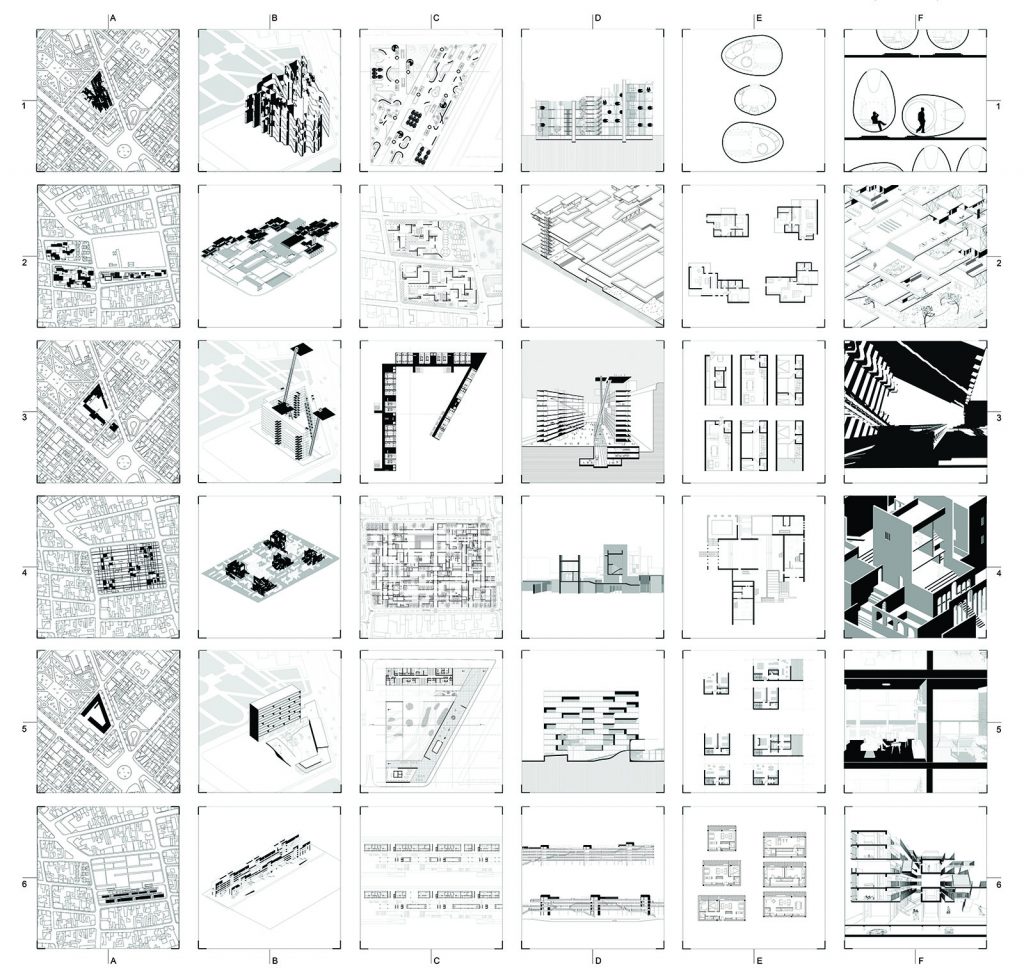 The designing of dwellings has been a most demanding task within the architecture’s scopes. And besides that, a most open territory to the application of design ambition and the investment of expectation; The very vessel of human life and activity, the direct bearer of social connotation and key urban configurator.
The previous century has witnessed evidence of multiple interpretations over the constantly active body of housing projects. All of them iconic, yet apt to strong criticism. Primitive functionalism, order and industrial discipline, brutalist visionaries, fantasies of metabolism, postmodern recapitulations, stacking and versions of super-modernism, the power of diagram and image, have all been accumulating towards a thorough definition of urbanity, community, social formulation and the balance of density.
A full century of modern experience has provided fertile ground for Ana Nikezić, Jelena Ristić Trajković and Aleksandra Milovanović to summarise on past standards and speculate on methodologies for future housing schemes and the shaping of tomorrow’s multiple urban identities. It has offered us a refined inventory of typologies and a very useful tool for explaining the past and considering tomorrow’s design options. 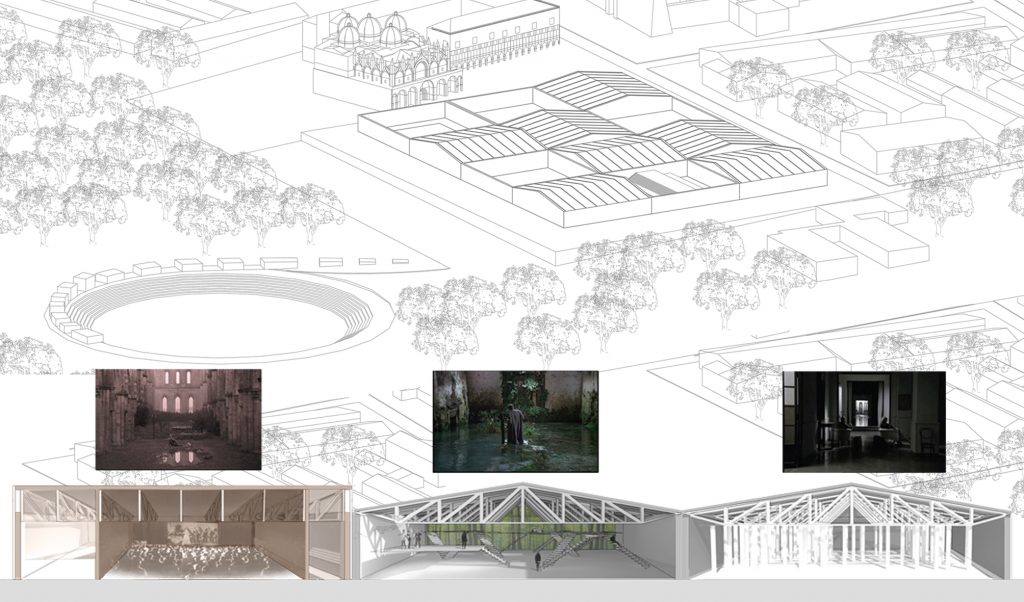 It is often noted that Andrei Tarkovsky’s cinematic oeuvre revolves around the relationship between space and time, in which architecture plays a prominent role. Themes such as memory, decay and loss are motifs that can be observed throughout Tarkovsky’s career, and architecture can be said to have been used as a metaphor for a general loss of spirituality and a subsequent social decline which were leitmotifs of many of the director’s works. Such a decline, indeed a destruction, may have been concretized for Tarkovsky through the very literal destruction of architecture which he was compelled to witness through the havoc visited upon the cities that he inhabited by the bombings of World War 2. However, Tarkovsky artistic approach went beyond looking at architecture as a mere autobiographical backdrop that evoked certain symbolic associations. Instead, for him architecture is an overarching medium whereby space and time become united to symbolize the deep connection that man has with “place” or indeed “non-place.”
The present work “Application of Andrei Tarkovsky’s Directing Principles in Architectural Design, in the Spatial Context of Avala Film” by Aleksandra Perić proposes to take a trajectory from Tarkovsky’s cinematic approach, in which architecture was a core component, and apply these cinematographic principles to architectural design processes – a route that promises fertile ground for investigation in that it proposes a feedback loop from architecture to cinematography and from there back to architecture. 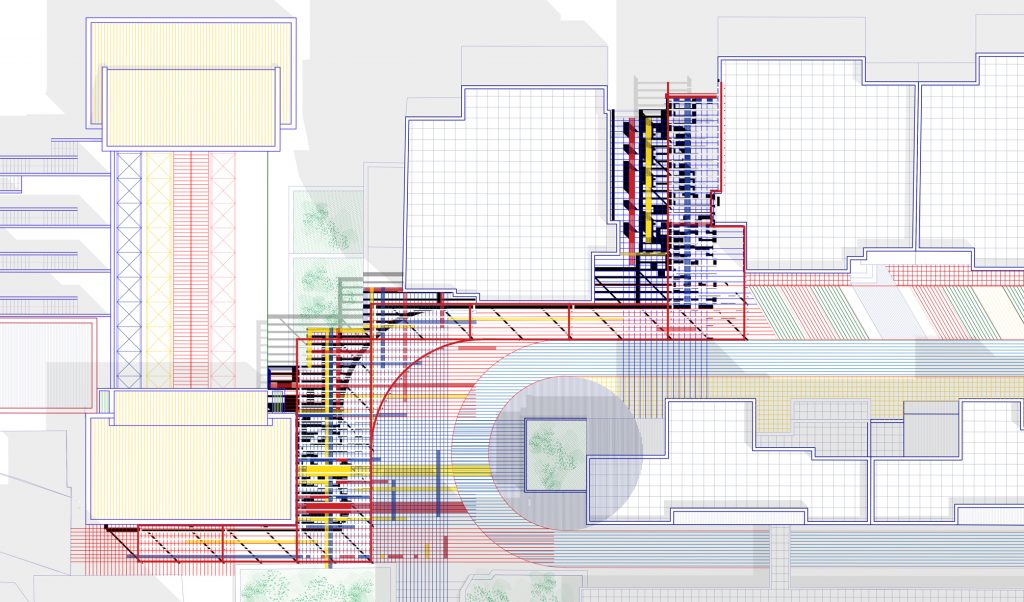 This is certainly a good way to celebrate the Bauhaus centenary. The authors of the project Kilim have presented their design ideas for urban spaces in Sarajevo based on Bauhaus colors, patterns, and geometry. This teaching has been influential for decades, only to be challenged by the end of the 20th century for its minimalism and main focus on functionality. The most energetic criticism of Late Modernism, that evolved from the original Bauhaus theory and practice, addressed its discord with cultural context.
In contrast, theKilim team has made a worthwhile effort to revive the Bauhaus aesthetic principles with the local heritage and traditions of Sarajevo that is characterized by a significant cultural diversity. Furthermore, consideration of local communities’ daily needs restores the Bauhaus social agenda that has been largely neglected, or even ignored. A complex and rather open design process is required in this concept, and the Kilim team made a right choice to handle the interrogation of form with various grid patterns and colors. This open-ended scheme accommodates creation of distinct urban settings for socializing in accord with the authentic city milieu. In the title metaphor it is elegantly compared to traditional weaving of locally handmade carpets.
The project Kilim is a valuable design pursuit, worth mentioning. It seems to be encouraging further research and development. 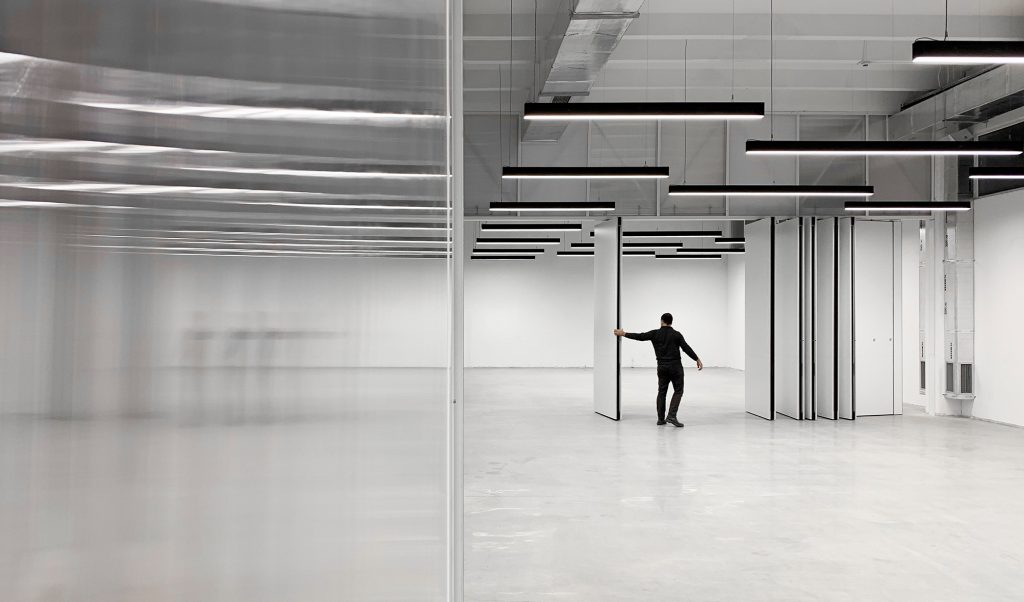 Wūrth has made the attention for architecture to one of the key values of the company’s real estate policy. It is not just a matter public relations & branding, the idea is to bring architecture closer to the community and to improve the quality of life.
The training and test center is another example of this social-cultural ambition.
Dejan Todorovic managed to transform an old warehouse into multi-purpose rooms and to create a translucent and light atmosphere. By a simple dividing panels rearrangement, it can become anything trom series of individual classrooms or offices to conference space, exhibition gallery, or a party venue. On top of that using the company colours black, white and red in a rather subtle way, without being intrusive. One could say a kind of hygiene for the mind. Dejan Todorovic creates the perfect balance between being distinctive and modest. The interior shows a lightness of being, leaving plentiful mental space enabling the users to focus on it’s main function: training and testing. In doing so being an ideal environment for transferring knowledge.
Taken these aspects in consideration the jury decided to honor the project with a mention.

On behalf of Jury
Stanko Gaković